Compare
You can only compare 4 properties, any new property added will replace the first one from the comparison.

Free or special  economic zones (FEZ) – The  area,  which have the special legal status and favorable economic conditions to attract domestic and foreign investors. FEZ  is an  attractive asset  of the Dominican Republic for both  the local and the foreign investors due to the following factors: · Strategically favorable geographical location – in the heart of the Caribbean, less than  two hour flight from Miami and Caracas.  Political and social stability, consistently characterize this country with a flourishing democracy  for over 50 years. Active labor market and skilled workforce with high performance and competitive cost of labor.   Maximum friendly attitude towards foreign investment, namely, preferential tax treatment, the release of high customs duties and taxes for imported into these zones equipment, technology, parts for the assembly of the finished products and raw materials. Modern infrastructure projects, airports and high level of maritime services and air transportation. Having excellent communication services at the most developed countries. The current network of highways and roads, provide rapid transport of goods within the country. A good investment climate in general and the support of foreign investment by the state. Preparation of advantages to enter the international markets through various trade agreements signed by the Dominican Republic and other countries. Since the opening of America’s economic well-being of the colonized  island of Hispaniola, and after its separation into two states – the Dominican Republic and Haiti – and the two countries, is largely determined by foreign trade and, above all, the dynamics of exports. Most of the exports of the Dominican Republic accounted for by a few agricultural products (cocoa, coffee, sugar, cotton) and a number of minerals (nickel, bauxite, gypsum). Unstable and relatively low prices for such products on the world market often leads to a surge in inflation, serious disruptions to the economic development of the country and the deterioration of its financial situation.

Until the end of the 60s of the twentieth century the traditional structure of exports was responsive, primarily, to the interests of large land owners. But it was counter to the national interests of the economy of the Dominican Republic. So soon after the fall of the totalitarian regime of the dictator Rafael Trujillo, who was the “boss” and the main land owner of the country for 31 years, the new government began to take measures to diversify domestic production and exports. In April 1968, during the reign of President Joaquin Balaguer, a law 299  “for promotion and protection of industry” was established. One consequence of this, was the introduction of the law in the economic practice of this form of stimulation of new (non-traditional) export industries, as free economic zones (“industrial parks”), created with the active participation of foreign companies and local entrepreneurs.

The main impetus for the opening production in these zones are exempt from tax and various benefits, as well as  reasonable rent for the production and storage facilities, preferential tariffs for industrial services and, finally, the availability of relatively cheap labor. The first free economic zone (FEZ) was established in 1969 in the city of La Romana, with the assistance of the international corporation Gulf and Western Americas Corporation, which conducted its activities in the country in the sugar industry since 1967. The first company to open in the FEZ and functioning to this day, – Brideshore Limited. In 1972, the second FEZ was created in San Pedro de Macoris, and a year later, in 1973 – the third in the city of Santiago. The success of this initiative contributed to the rapid increase in both the number of zones themselves (in 1994 there were already 32), and expanding the scale of production in these activities. The number of companies registered in the FEZs has increased from 2 in 1970 to 76 in 1980 and to 476 by early 1995.

At first, 90% of the capital of these companies was North American. Later, their share had fallen to 44%. This happened after the arrival of the  business capital of other countries such as  the UK, South Korea, Canada, Switzerland, Sweden, Holland, Spain and other countries, as well as due to movement of private capital into them (whose share currently stands at 28%), involved in the industrial production.

In 1990, the world saw the law 8-90, and later regulations thereto, which together regulate in detail all the issues related with the free economic zones of the country. In 2007, already under the current president Leonel Fernandez, a series of laws relating to the sector of the economy were adopted.

At this point in the Dominican Republic in the free zones are located throughout the country, more then 533 companies within the 47 industrial parks. Most of them (47%) are located in the center and north of the country, in the capital of Santo Domingo and the surrounding area – 25% -16%, in the south and east of 15%. The existence of this sector of the economy accounts for about 112,500 people, with approximately equal proportions of women and men. Products produced in FEZs of Dominican Republic, are about 70% of the country’s exports of goods.

About a quarter of companies located in the free zones in Dominican Republic, engaged in the textile industry, about 20% of the companies working in the field of providing various types of services to companies located outside of the Dominican Republic, such as data entry and processing, software development, customer support by phone, the sale of various goods and services over the phone. Also, the other kind of goods produced  in the Dominican FEZs  are cigars and other tobacco products, shoes and leather goods, electrical appliances, jewelry materials, medical and pharmaceutical products, building materials, chemicals, and so on.

Luxurious villa in the best residential area of ​​Punta Cana…

LOCATION A charming vibrant community in the country’s leading tourist…

Modern one bedroom apartment on the 3rd floor in El Dorado

LOCATION The El Dorado community is located in the heart…

Grunwald II is a small, exclusive residential community located in… 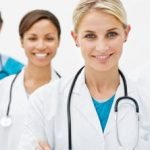 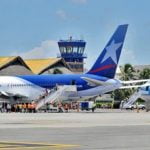